"I’d like to thank my mom, my dad, Tony Stark, my chihuahua Honeybee, and whoever invented texting!"

The buzzing, bubbly life of the party, Wasp, civilian name Janet Van Dyne, is the second recruitable character in Avengers Academy. Her Introductory Quest is Two Of A Kind. Her Mission Board Quests can be found here.

Each time Wasp is upgraded, her Power Level increases.

Janet's Rank 1 outfit is a yellow babydoll dress, white stockings, and an unzipped black jacket with yellow stripes on the sleeves. She has a pair of sunglasses in her hair and chunky bracelets on her right wrist.

Janet's Rank 5 outfit is a black bodysuit with a yellow collar, yellow stripes down the abdomen and forearms, and heeled boots.

Wasp asks Adam to write a song about her and Tony being besties.

Janet seems to have a bit of a crush on Black Widow.

Janet seems to have a bit of a crush on Captain America.

Janet seems to have a bit of a crush on Captain Britain.

Janet kept trying to make friends with Enchantress, but ended up frustrated and angry every time. She eventually gave up and only interacts with her reluctantly.

Frigga made Wasp an honorary Knight of Asgard and asked Eitri the Dwarf King to forge a weapon specifically for her.

Janet seems to have a bit of a crush on Gamora.

Janet Decided to help Ghost get accommodated to the Academy, and became her first friend. She taught her how to dance, made sure she wasn't overwhelmed by Kamala, defended her in front of Loki, and made her return a phone she stole from Pym's lab.

Wasp and Groot instantly bonded over their love for music. She's the only character, besides Rocket Raccoon, that can understand Groot's speech.

Hank Pym is one of the teachers at Avengers Academy. Thankfully he has spent most of his time tormenting Tony and Vision, so he hasn't managed to creep on Janet yet, though she has admitted to crushing on him once.

Hercules once lost a hot dog eating contest with Thor and Wasp. Wasp won. Hercules said she's the only person that can party harder than he can.

Janet and Iron Man were two of the first students at Avengers Academy. They're very similar, so they've become fast friends. When Tony was feeling down about his father, Janet tried to cheer him up. She also describes Tony as her best friend during the Civil War event.

Loki and Janet seem to be friends, as much as Loki can be friends with anyone. Loki's nickname for Janet is "Bug Woman."

Wasp seems to have a bit of a crush on Medusa.

Janet helped get autographs from all of the super heroes at the Academy to help convince Ms. Marvel to join.

Nick Fury is frustrated by Janet and Tony a lot, since he thinks they don't take things seriously enough.

Spider-Ham is in love with Wasp after they shared a kiss together. However, Wasp does not have a crush on him.

Janet seems to have a bit of a crush on Spider-Woman. She and Falcon were very excited to do Super Spy tasks for her to help her come to the Academy.

Wasp has a bit of a crush on She-Hulk.

Taskmaster teaches Wasp how to do the perfect smokey eye makeup.

Wasp is going out with Thor.

Wasp and Vision had a competition to see who's more fun. Later, they went on a date to test his social skills.

Janet has a bit of a crush on War Machine.

Janet seems to be a fan of Wonder Man's acting work.

Janet is voiced by Alexandra Daddario.

Wasp's Action "Get This Party Started" 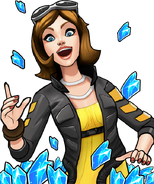 Wasp in an Ad

Pretty much everyone is Wasp's type, except Spider-Ham.

Wasp's Selfie
Add a photo to this gallery 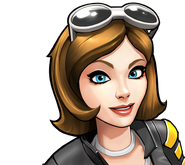 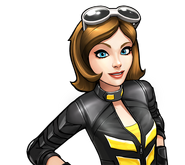 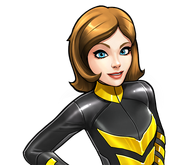 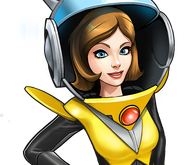 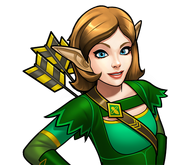 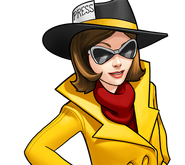 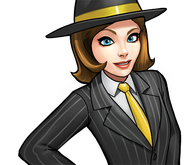 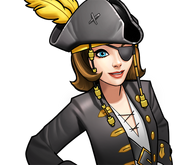 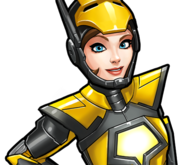 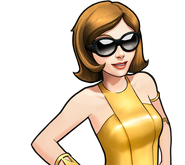 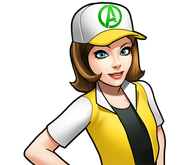 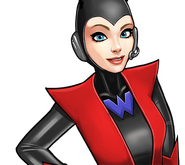 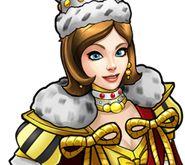 Football Wasp
Add a photo to this gallery
Retrieved from "https://avengers-academy.fandom.com/wiki/Wasp?oldid=59752"
Community content is available under CC-BY-SA unless otherwise noted.