Ronan gathered an army of Chitauri soldiers and invaded Earth in the name of the Kree Empire. In order to defeat him, Black Widow used Baby Cthulhu to drive Ronan insane with fear. With his defeat, the Kree government renounced Ronan, and the remaining Chitauri abandoned him.

Ronan mocks Crystal for forming alliances with other nations, but not the Kree. He warns her that now the Inhumans have allied with the Avengers Academy, they consider them a threat. 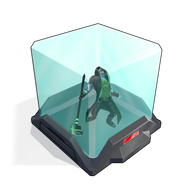 Ronan trapped in his cell
Add a photo to this gallery 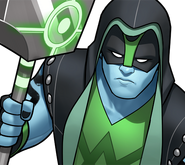 Add a photo to this gallery
Retrieved from "https://avengers-academy.fandom.com/wiki/Ronan?oldid=54186"
Community content is available under CC-BY-SA unless otherwise noted.