"King of Asgard. God of Wisdom. Beard of Legend."

The king of Asgard, Odin Borson was first introduced as an NPC that only appeared in chat cutscenes. He could later be recruited to Avengers Academy during the Legends Assemble Event. His recruitment quest is Get Odin! His mission board quests can be found here.

Each time Odin is upgraded, he gives +10% on Mission Board Quests.

Odin has fair skin, white hair with a large beard, and brown eyes. He wears an eyepatch on his right eye.

Odin's Rank 5 appearance is full, gold armor over a blue shirt and pants, and gauntlets. He wears a crested, gold helmet with wings on the side, and long, white horns with gold tips.

Odin is one of the few that still remember the Prime Universe.

When Nick Fury arrived in the Avengers Academy universe, Odin found him. Some of the gods and immortals still remember the Prime Universe. They started looking around for everyone that remembered, and found the timefog.

After a while, the rest of the heroes and villains started show up again, but younger. The same, but different. So Fury vowed to do whatever he could to make sure the tragedy of the Prime Universe never happened again. He and Odin rebuilt S.H.I.E.L.D., traveled the galaxy gathering every weapon and object of power they could, and hid them in S.H.I.E.L.D.'s vaults.

Odin offered the Dark Elves a cease fire during Hela's invasion of Midgard.

Odin invites J.A.R.V.I.S. to join the Asgardian Swim Team comprised of him and a few other Asgardians.

Loki is Odin's adopted son, and Odin loves him very much.

Odin's concerned that Khonshu will drive Moon Knight insane, and offers to help him get rid of him.

When Odin first meets Wiccan, he makes him a honorary Asgardian after Wiccan sets his beard on fire.

Returning hero Odin
Add a photo to this gallery 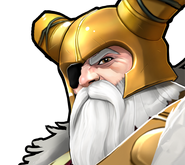 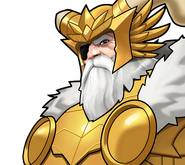 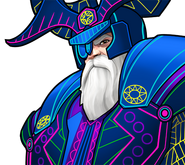 Mythical Odin
Add a photo to this gallery
Retrieved from "https://avengers-academy.fandom.com/wiki/Odin?oldid=55838"
Community content is available under CC-BY-SA unless otherwise noted.