"Take my advice. When the world goes crazy you run... You run away."

The runaway witch, Sister Grimm, civilian name Nico Minoru, is an Event Character you could first recruit to your academy during the Marvel's Doctor Strange Event. Her Introductory Quest was Get Nico Minoru. Her Mission Board Quests can be found here

Each time Nico Minoru is upgraded, her Power Level increases.

Nico, along with her friends, witnessed their parents murder a young girl. Their parents belonged to an evil group that controlled Los Angeles, called the Pride. She and the rest of the kids fled, forming the super hero team, the Runaways. She later went her own separate way.

When Kaecilius attacked, Nico joined Avengers Academy to defeat him, using the Staff of One. The Staff is a powerful object that she activates with blood magic.

The Ancient One Edit

The Ancient One commended Nico Minoru for tapping into true power of the Staff of One and predicted she might be a Sorcerer Supreme in other dimensions.

Nico and Wasp bond over their shared love of making their own clothes.

Nico Minoru Ad
Add a photo to this gallery 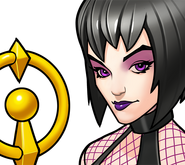 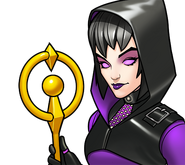 Nico Minoru Rank 5
Add a photo to this gallery
Retrieved from "https://avengers-academy.fandom.com/wiki/Nico_Minoru?oldid=58969"
Community content is available under CC-BY-SA unless otherwise noted.