A resurrected mercenary soldier, Moon Knight, civilian name Marc Spector, is a character you could first recruit to your academy during the Avengers Halloween Event. His Recruitment Quest is Get Moon Knight! His Mission Board Quests can be found here.

Each time Moon Knight is upgraded, his Power Level increases.

Moon Knight's Rank 1 outfit is a white polo shirt with the collar flipped up, a white cardigan tied over his shoulders, a white belt with white buckle, a white watch, white knee-length shorts, and white loafers with no socks.

Moon Knight's Rank 3 outfit is a white and grey vertically-striped vest over a white button down shirt with the sleeves rolled up above the elbows, a grey tie, white wrist-length gloves, white pants, white socks and white loafers. He wears a white half-mask that reveals his nose and mouth.

Moon Knight's Rank 5 outfit is a white bodysuit with a crescent moon emblem on the chest, white elbow-length gloves, a white utility belt, white knee-high boots, a white cloak with the hood up, and a white mask that covers his entire head and face.

When Moon Knight joined Avengers Academy, many of the students expressed concern about his erratic mental health caused by the Egyptian god Khonshu's possession. Odin soon approached him and offered to help him remove Khonshu from his mind, arguing that the god would eventually drive him completely insane. Moon Knight declined Odin's offer because he feels that he owes Khonshu his life, and he enjoys being a knight of vengeance.

Moon Knight asked for Black Widow's assistance with a mission in New York. His intel told him that The Hood was searching for the Casket of Ancient Winters in order to increase his power. Moon Knight thought it was safe in one of his own vaults, but discovered it was missing. When they dig into the theft, they discover Malekith and the Dark Elves stole it from the vault.

After they identified the culprit, Moon Knight asked Odin for his help in traveling to the Dark Elves' home, Svartalfheim. Odin disagreed with the plan, but agreed to help. Ultimately, Moon Knight arrived too late. Malekith and his followers escaped with the Casket of Ancient Winters.

Moon Knight and Count Nefaria previously fought in California, when Nefaria was the Kingpin of Los Angeles.

Iron Man's a fan of Moon Knight's technology. Moon Knight claims they hang out all the time, but Iron Man insists that the Avengers Halloween Event is the first time they've ever met.

Malekith and his followers stole the Casket of Ancient Winters from Moon Knight's vault in New York.

Odin's concerned that Khonshu will drive Moon Knight insane, and offered to help him get rid of him.

Returning Hero Moon Knight
Add a photo to this gallery 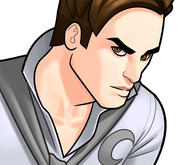 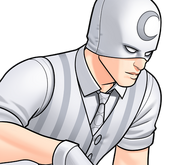 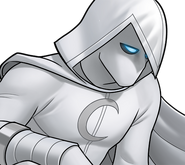 Moon Knight Rank 5
Add a photo to this gallery
Retrieved from "https://avengers-academy.fandom.com/wiki/Moon_Knight?oldid=58917"
Community content is available under CC-BY-SA unless otherwise noted.