To rule and dominate the world

Hydra is a terrorist organization and one of S.H.I.E.L.D.'s primary antagonists, aiming to rule and dominate the world. They have a rival faction to Avengers Academy called Hydra School.

After discovering the secret of the Pride, Hydra began hunting down their children, the Runaways. Karolina Dean, Molly Hayes, and Old Lace come to Avengers Academy to find Nico Minoru. With the gang back together, the Runaways aim to defeat Hydra... permanently!

Hydra attempted to kidnap Molly Hayes from her school in Los Angeles. When that failed, she went to New York, to join Nico Minoru at the Avengers Academy. Baron von Strucker led an attack on the Academy to serve as a distraction, allowing Red Skull to investigate the Pride's old bases in L.A. In their constant quest for more power, Hydra sought to find out as much as they could about the Gibborim, since they gave the Pride so much power.

Through their investigation, they realized the Pride was able to gain power by sacrificing innocent souls to the Gibborim. Armed with their new knowledge, Hydra set out to capture and sacrifice the most innocent soul they could find - Old Lace.

The Runaways and Avengers took the offensive to Hydra's base. Taskmaster found out the code to their base and snuck the team in. There was enough blood shed during the fight, that Nico used the Staff of One to open communications with the Gibborim. She discovered they were mostly just made about how crappy humans were. The Runaways promised to try to make up for that.

In the end, the Avengers imprisoned Red Skull, Baron von Strucker, and Zola back in their cells - permanently.

A few of Hydra's Top Students in a Newsreel

A few of Hydra's Students in a Newsreel

Hydra Bully and Hydra Agent
Add a photo to this gallery 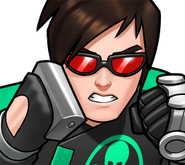 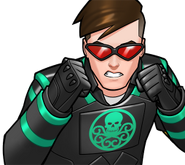 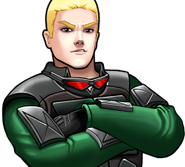 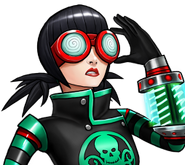 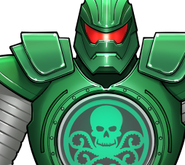 Add a photo to this gallery
Retrieved from "https://avengers-academy.fandom.com/wiki/Hydra?oldid=57065"
Community content is available under CC-BY-SA unless otherwise noted.