"Midgard didn't know what was mean before me."

The magical, mean, man-controlling Asgardian, Enchantress, civilian name Amora, is the fifth recruitable character in Avengers Academy. She hails from Asgard. Her Recruitment Quest is Mean Girl. Her Mission Board Quests can be found here.

Each time Enchantress is upgraded, she gives +10% on Mission Board Quests.

Before Enchantress was recruited, she attended a party hosted by Iron Man where she hypnotized Hawkeye and Ant-Man into fighting over her.

Nick Fury created the Thunderbolts because he wanted a team that would do the dirty work that the more good-hearted students would not do, so the team consisted mostly of former criminals that wanted to turn their life around, Enchantress became one of its members.

Black Widow and Enchantress have a vaguely confrontational relationship, but Natasha has admitted that she hates Enchantress less than she should.

Captain America is completely immune to Enchantress's powers. While he's willing to give anyone a second chance, and give anything the old college try, he doesn't trust her as far as he could throw her.

Enchantress broke the Maximus the Mad's mind control over Gorgon. She wasn't sure if it would destroy his mind in the process, but it was a risk she was willing to take.

Iron Man is a little in love with Enchantress due to her powers, but refuses to assassinate anyone for her, especially not someone he respects.

Falcon is vulnerable to Enchantress's powers. However, in Mind Control, Pt. 1 , Enchantress tried to brainwash Sam,

Loki is one of the few people Enchantress hasn't attempted to ensnare. They are also competitive about their magical abilities.

Taskmaster is one of the few people who seems to tolerate Enchantress sans mind control, mainly because she gives him plenty of targets to fight.

Wasp tried to befriend Enchantress, but Enchantress was mean enough to repel her.

Enchantress is voiced by Laura Bailey. 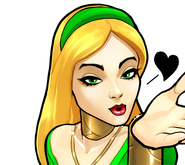 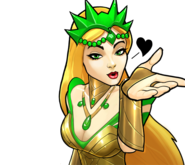 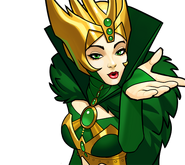 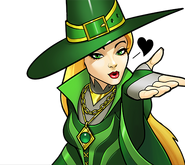 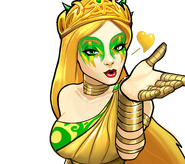 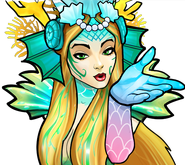 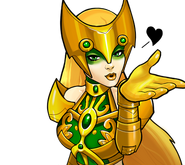 Hel's Queen Enchantress
Add a photo to this gallery
Retrieved from "https://avengers-academy.fandom.com/wiki/Enchantress?oldid=44095"
Community content is available under CC-BY-SA unless otherwise noted.