The best private investigator in Attilan, Auran is a character you could first recruit to your academy during the Inhumans Event. Her Recruitment Quest is Get Auran! Her Mission Board Quests can be found here.

Each time Auran is upgraded, her Power Level increases.

Auran's Rank 3 appearance is a black and white shirt, black pants, and knee-length dark gray boots. She wears black cuffs on both wrists and silver cuffs on her upper arms.

Kingpin freely tells Auran about the counterfeit Terrigen Crystals on the streets because he enjoys talking about street crime so much.

Loki's nickname for Auran is "Moron." Upon Auran's arrival at Avengers Academy, he deliberately does everything he can to irritate her. He even pays Crossbones with pizza to make a lot of noise and keep her from getting any sleep.

Medusa charges Auran with looking out for anything in the Midgardian world that might post a threat to the Inhumans.

Misty Knight and Auran team up to investigate counterfeit Terrigen Crystals being sold on the streets that kills Inhumans.

Auran is voiced by Evelyn Huynh.

Auran Rank 5
Add a photo to this gallery 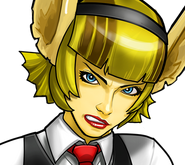 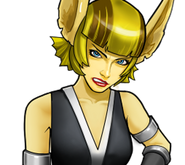 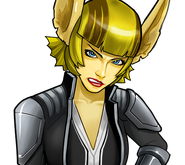 Auran Rank 5
Add a photo to this gallery
Retrieved from "https://avengers-academy.fandom.com/wiki/Auran?oldid=58074"
Community content is available under CC-BY-SA unless otherwise noted.